This is the event Archive
Originally posted athttps://americanmusliminstitution.org/events/
A full report with links to videos, pictures and notes will be published here asap.

Congressman Andre’ Carson is from Indiana’s 7th Congressional District. Now in his 4th full term in the U.S. House of Representatives,. Additionally, Carson was selected for membership on the House Permanent Select Committee on Intelligence (HPSCI) which oversees the intelligence and 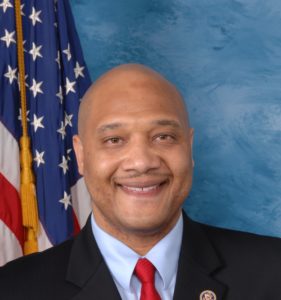 intelligence-related activities of the US Intelligence Community.  Congressman Carson is also a rising member of House leadership.  During the 114th Congress, Carson serves as a Senior Whip for the House Democratic Caucus, sits on the powerful Democratic Steering and Policy Committee, and is a member of the Congressional Black Caucus’ Executive Leadership Team. (HPSCI)

Congressman Carson is a proud Indianapolis native, having grown up on the city’s east side. He is a graduate of Arsenal Tech High School, and he holds a Bachelor’s degree in Criminal Justice Management from Concordia University-Wisconsin and a Master’s in Business Management from Indiana Wesleyan University.

Alejandro J. Beutel is Researcher for Countering Violent Extremism at the National Consortium for the Study of Terrorism and Responses to Terrorism (START). Prior to START, Beutel was the 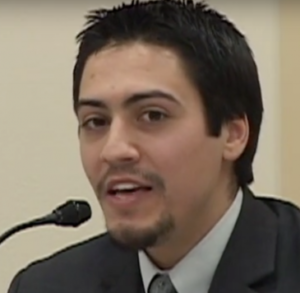 Policy and Research Engagement Fellow at the Institute for Social Policy and Understanding (ISPU), an applied research think-tank specializing in the study and promotion of evidence-based development strategies for positive civic, social, and political engagement outcomes for American Muslim communities. He was also an independent research consultant to several non-profits, private corporations, and think-tanks.

Irfan Saeed is the Director for Countering Violent Extremism (CVE), Bureau of Counterterrorism, at the US Department of State.  Mr. Saeed manages an office that leads strategy and policy formulation for international CVE efforts of the United States.  Previously, Mr. Saeed served in the US Embassy in Islamabad, Pakistan, where he developed the Community Engagement Office, the first of its kind in U.S. Embassies worldwide, to use trad 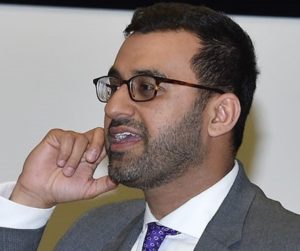 itional public diplomacy tools to counter violent extremism (CVE) in Pakistan. Prior to joining the US Department of State, Mr. Saeed was a Senior Policy Advisor at the US Department of Homeland Security, Office for Civil Rights and Civil Liberties, where he developed and coordinated activities relating to countering violent extremism. Prior to joining Homeland Security, Mr. Saeed worked as a criminal prosecutor, at the state and federal levels. Mr. Saeed worked as an Assistant United States Attorney, US Department of Justice, in the Eastern District of Louisiana, as well as an Assistant District Attorney, in New Orleans, Louisiana. He served as the Resident Legal Advisor at US Embassies in Uzbekistan and Kyrgyzstan.

Haris Tarin is a Senior Policy Advisor at the Department of Homeland Security. In this role he advises senior leadership on policy issues ranging from Immigration, Civil Rights and Civil Liberties and Countering all forms of Violent Extremism.  He previously served as the Director of the Washington DC Office of the Muslim Public Affairs Council (MPAC). In both capacities he has engaged and advised various agencies including the White House, Departments of Justice, State and Homeland Secur 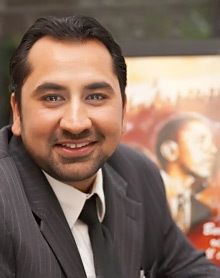 ity and offices on Capitol Hill. He was among three leading young Americans called by President Obama in a one-of-a-kind discussion on public policy issues; the President met on several occasions with Mr. Tarin specifically to discuss policies pertaining to national security, ideological violence, the American Muslim community and civic engagement. Mr. Tarin is Ariane de Rothschild Cambridge Fellow and USC/Georgetown AMCLI Fellow. HE is the Author if “Intro to Muslim America” and co-author of, “Rethinking the Red Line: Free Speech, Religious Freedom and Social Change”

Irfana Anwer is the Pakistan Program Associate at Inclusive Security, where she drives efforts to increase the visibility of women’s leadership in promoting peace and social cohesion in Pakistan. She also strengthens relationships with local partners, including a coalition of women leaders, enabling them to effect policy changes in Pakistan and the US. Ms. Anwer is dedicated to sustaining and amplifying advocacy initiatives of Pakistani women, so they can take an active and vital part in countering violent extremism in their country.

Previously, Ms. Anwer was Director of the Language Access program at Ayuda, a legal services organization in Washington, DC. She also represented women in matters of humanitarian-based immigration law. Prior to her position at Ayuda, Ms. Anwer was Executive Director, and then Director of the Family Law Division, at Karamah: Muslim Women Lawyers for Human Rights, an international human rights organization in Washington, DC. Ms. Anwer has worked for over 10 years on issues of interfaith dialogue and gender in Muslim communities, including developing leadership programs for Muslim women and training service providers about the Islamic perspective on domestic violence. She obtained her law degree from the University of Essex and completed the Bar Vocational Course from the Inns of Court School of Law. She’s a barrister associated with Lincolns Inn and a barred attorney in the State of New York. She obtained her master’s in banking and financial law from Boston University.

Rabia Baig is a second year student at George Mason University as Biology major on the pre-med track. Along with her academic studies she hopes to further her Islamic studies by attending different programs such as ALIM. She is an educator as well, teaching Saturday and Sunday school, moderating various events, and volunteering/tutoring. She competes in her free time for speaking, writing, and Islamic Studies, and has recently won the title of overall MIST Champion in 2015. She works at the ADAMS Center (All Dulles Area Muslim Society) in the administration office, and is also a Youth Leader having served as chair of the ADAMS Youth Council, as an MSA President at Stone Bridge High School and chairing several youth conferences for the DMV area.

—– –
As individuals and citizens, it is our duty to support law and order, and faithfully guard the safety of every citizen.  Violent Extremism is one of the many sources of disrupting peace in a society and it is our duty to track down the source of such extremism and work on mitigating it. We have an obligation to maintain a functional society.