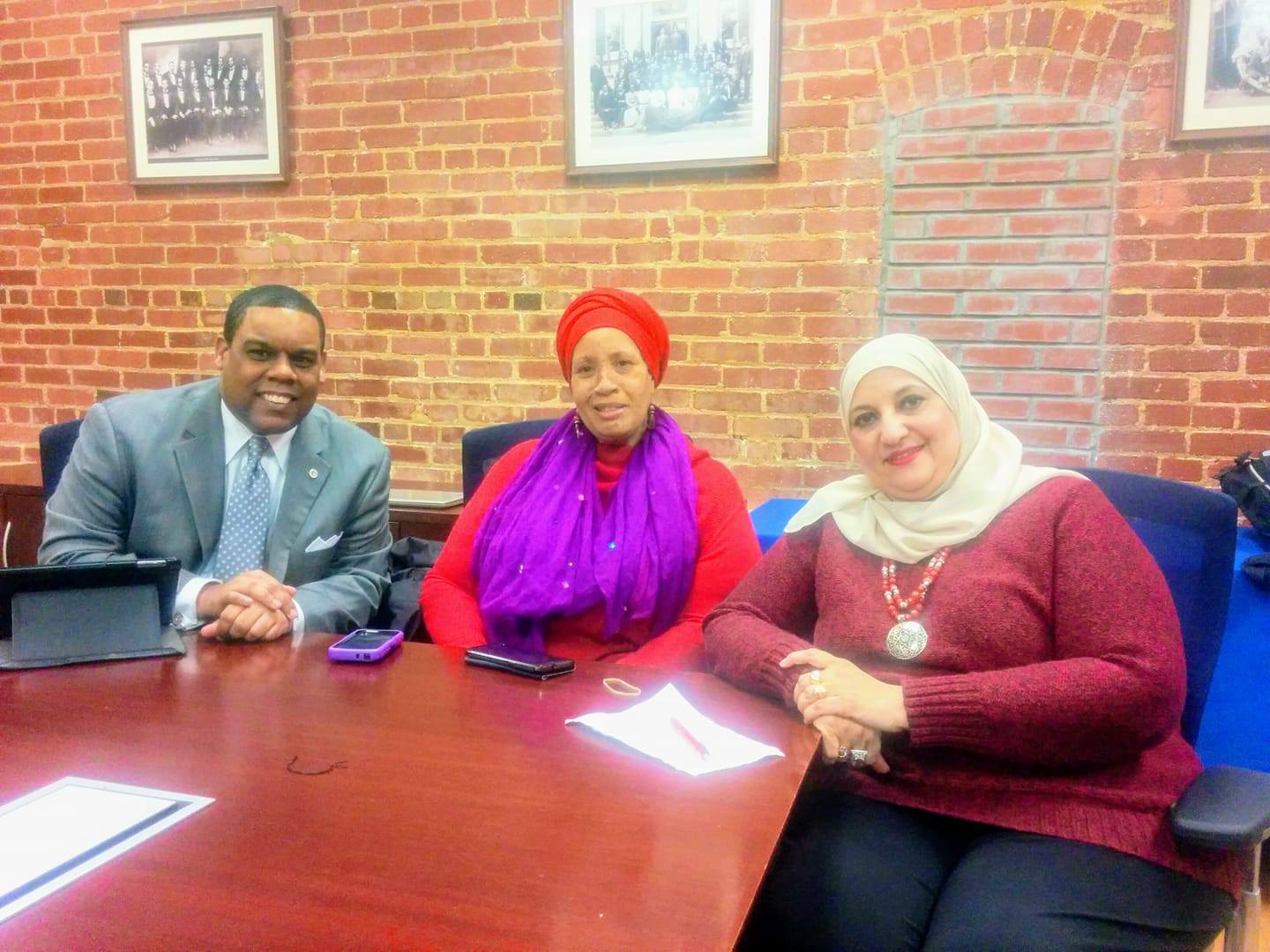 AMI Board member Dr. Sahar Khamis, Sr. Laila Muhammad and Imam Carlos Muhammad discussed the crucial role Muslim women played in history, recent and distant.  Dr. Khamis spoke of the importance of overcoming and shattering stereotypes as a Muslim women reflecting on her own career and experience.

Imam Carlos and Sr. Laila both spoke of the role the Nation of Islam played a being a voice Muslims in the early 1960s.  Both noted that the contributions of the women of the Nation of Islam were substantial and instrumental in keeping the faith and organization active, while many of the male constituents were jailed for refusing to fight in Vietnam.  Imam Carlos shared an audio recording of Clara Muhammad, which left the room emotional. 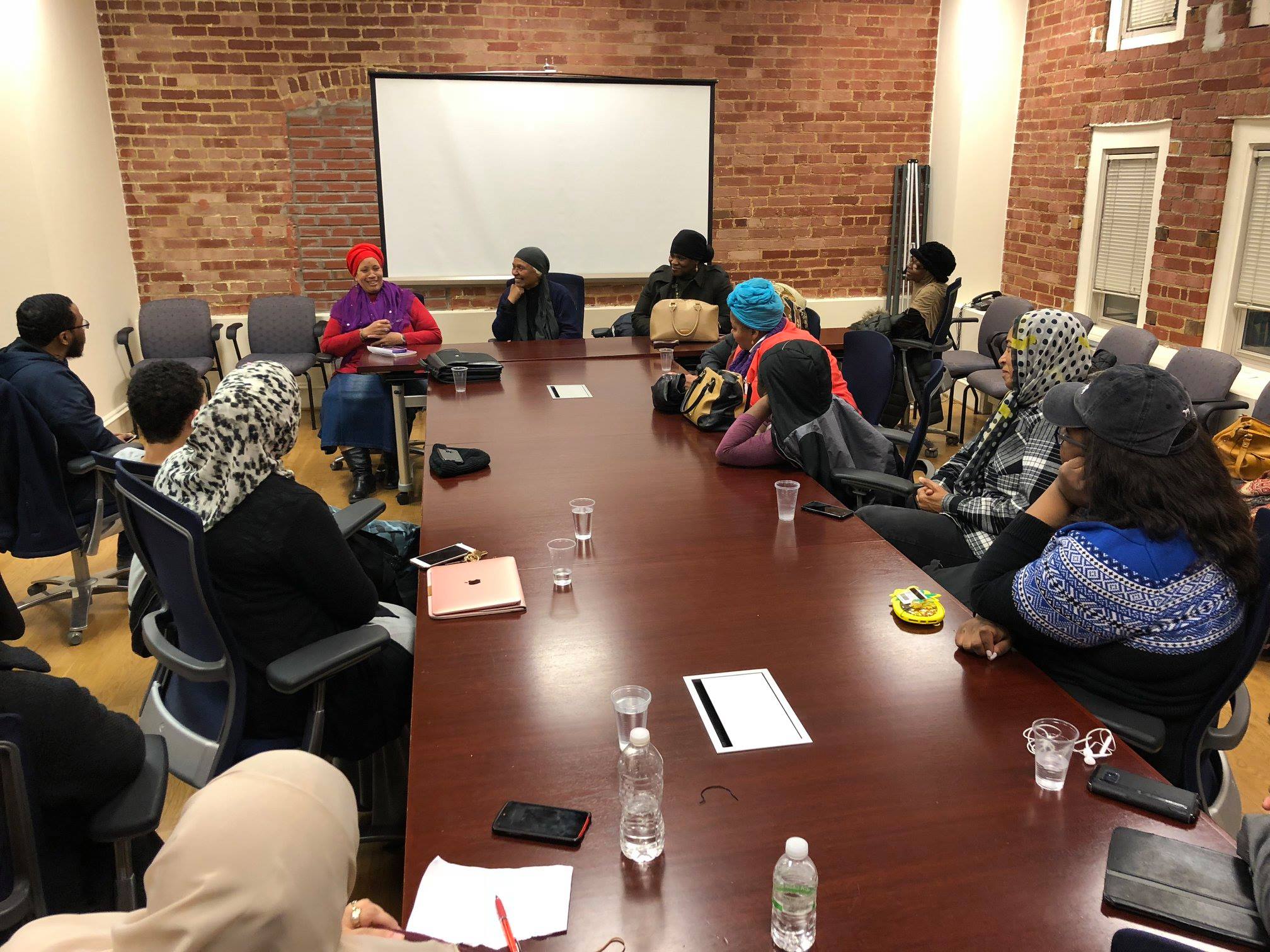