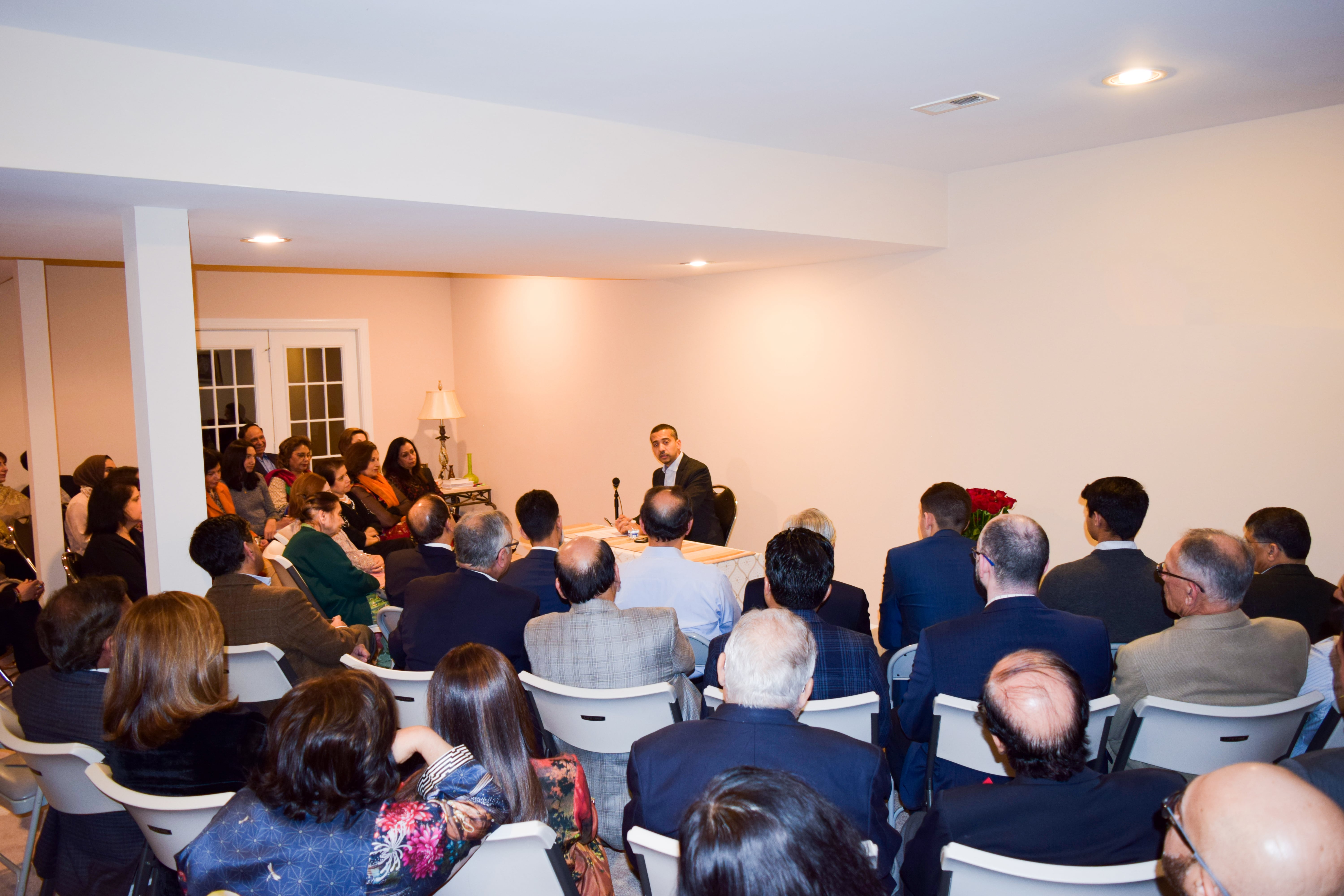 AMI hosted a fundraising dinner keynoted by Mehdi Hasan, an award winning British journalist.  The program was filled to capacity with over ninety people in attendance.  The aim of the evening was to empower and support American Muslims to tell their stories and celebrate their successes.

The evening began with an overview by Dr. Aquilur Rahman, the distinguished Board Chairman of AMI, who explained the need to create AMI.  He discussed the current political climate and how it demands more Muslims to actively represent themselves.  He also noted the first major success of AMI was to bring together prominent educators, public servants, intellectuals, and business people to join both the board and advisory board in order to stand behind the mission and vision of the organization.

Following the Chairman’s remarks, Executive Director Shahid Rahman discussed the priorities of AMI in 2018 in order to fulfill their mission.  He highlighted the importance of American Muslims building coalitions with institutions and other communities in order to combat prejudice, discrimination and racism in all contexts.  Furthermore, he noted AMI’s major focus in 2018 is to empower the next generation of Muslims to represent their communities by developing their communications-based expertise.  AMI is confident more individuals will enter the public sphere to make their voices known to those who know little about Islam or Muslims.

Keynote speaker Mehdi Hasan discussed at length the mainstreaming and legitimization of Islamophobia in the United States, noting both the increase in hate crimes and anti-Muslim rhetoric culminating with politicians openly criticizing Muslims.  He also talked about the importance of Muslims to avoid being self-defeatist and instead focus on being proactive citizens of society.  Mehdi insight into the American Muslim demographic revealed a deep-rooted strength in wealth, infrastructure and population as an influential and compelling voice.  Finally, he emphasized it is not enough for Muslims to focus on issues only related to Islam or Muslims, but must actively champion all issues facing the community, including education and civil rights.

Ambassador Islam Siddiqui, the President of AMI, provided a stirring endorsement of AMI’s cause, while leading the evening’s fundraiser.  He encouraged everyone to support the cause, which would have a great impact in the lives of Muslims living in the United States.  With the support and dedication of the community, AMI was able to exceed their fundraising goal and raised a total of $153,750.