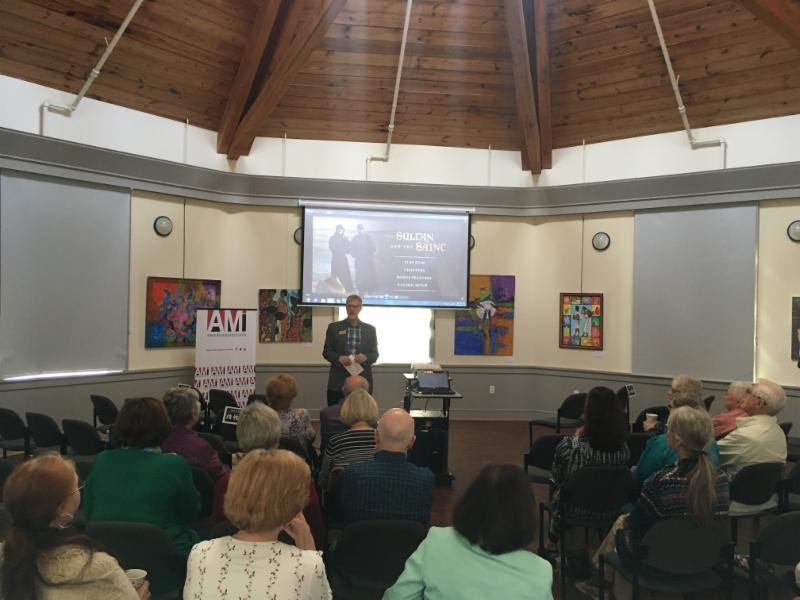 Over the course of the first ten days of May, we have worked with our local partners at the Sandy Spring Museum and Burke Presbyterian Church to host film screenings of UPF’s The Sultan and the Saint. For those unfamiliar with the film, it was shown on PBS and garnered millions of views. The film told the story of peacemakers St. Francis and the Sultan Al-Kamil, the nephew of Saladin during the 5th Crusade. Most in attendance were disappointed schools and religious institutions were not highlighting such great examples of peace and brotherhood.

As the discussions progressed, a Muslim audience member mentioned their free health clinic at MCC served 15,000 people a year, mostly non-Muslim. All the attendants were in shock that Muslims were making such a great contribution in their community and more surprisingly no one knew about it.
At the conclusion of one of the programs, an elderly woman approached and privately asked if there was any truth to the Qur’an allowing violence and the killing of Christians. The answer itself was not difficult, however it made the importance and urgency of AMI’s work more clear and apparent!