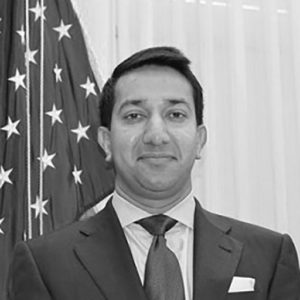 Sajid Ajmeri is a practicing corporate attorney in the Washington, D.C. metropolitan area, where he has lived since 2005.
He attended New York University School of Law and worked as an associate at a major New York City law firm between 1994 and 2005.

Mr. Ajmeri was born and grew up in London, U.K., and read Modern History as an undergraduate at the University of Oxford, Exeter College.