Skip to content
Presidential Candidate Martin O’Malley visited Adam’s Center
Rasheed Hamdan, a Muslim veteran’s powerful speech follows.
www.AmericanMuslimInstitution.org
Sterling, VA, Friday, December 11, 2015 — It was good to see candidate Martin O’Malley attend the Mosque and share his vision about a safe, secure, and inclusive America.  Adams Center is a non-profit organization and there is no political endorsement of any candidate and all are welcome to visit.
Imam Magid gave a relevant outstanding Sermon, and Mr. O’Malley sat in the back and listened to it all, he is a good listener as he related some of the thoughts from the sermon in his talk.
It was followed by a Press Conference and was so proud of Muslim contributions in defending our nation. Indeed, Adams Center sets the tone for American Muslims, they always have Muslim veterans join them in the press conferences, and I am pleased to share 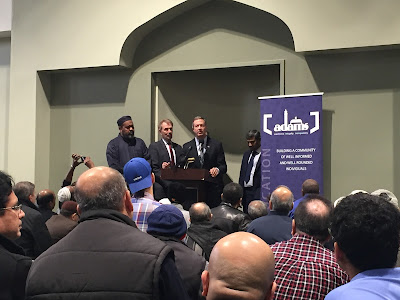 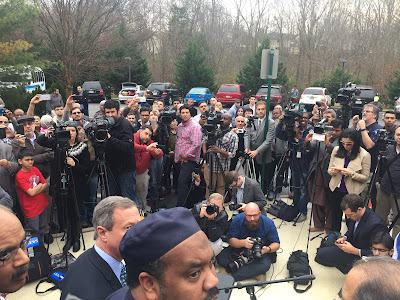 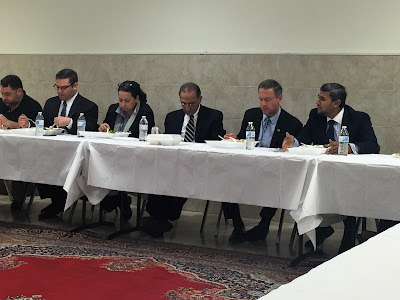 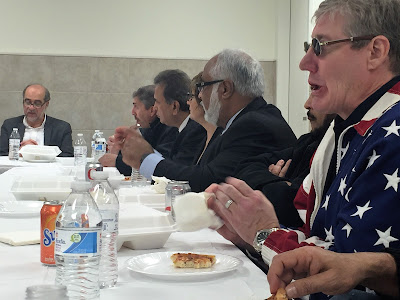 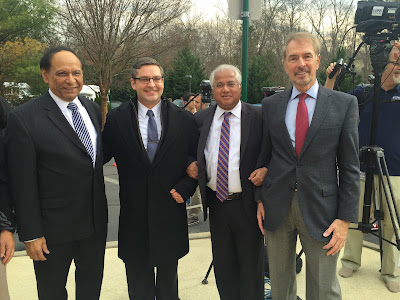 A note from Rasheed Abdel-Rahim Hamdan
My name is Rasheed Abdel-Rahim Hamdan. I was born in Michigan, and spent much of my life here in Virginia. I am currently a graduate student at Georgetown University. I am a proud American Muslim. And I am a proud veteran of the U.S. armed services.
I enlisted in the Army in 1999 at the age of 18 upon graduating high school. I served five years, and rose to the rank of sergeant. I was serving in the 3rd Infantry Division when our nation was attacked on September 11th. American Muslims were also attacked on 9/11.
During my military service, I took part in the invasion into Iraq, and spent much of my time in Baghdad and Fallujah. After I left the service, I spent a decade in continued service to our country, both at home and abroad in Afghanistan, Iraq, and elsewhere. I also worked as a defense contractor for the FBI, helping to maintain the National Terrorist Watchlist. My father, a devout Muslim-American, spent seven years as a translator in the US embassy in Iraq, translating for our generals and helping to safeguard our troops overseas. My brother is currently serving in the United States Navy. And yet, now we find that our faith and our commitment to this nation is being questioned. And I feel my family’s dedicated service to this country, as loyal Americans, is being demeaned unjustly.
As Americans, we pride ourselves on being a melting pot of diversity and tolerance, a country where we are united as a people in our mutual desire for freedom. However, today we find ourselves faced with hateful rhetoric that aims to divide us. It aims to pit us against each other, neighbor against neighbor, Christian against Muslim, American against American. As a fellow patriot, veteran, and citizen I urge you to resist these messages of fear and distrust.
Muslim Americans are no different from any other Americans. We are your classmates, your soldiers, and your countrymen. Standing together in our solidarity, and made stronger by our differences, we stand here today as Christians, Muslims, Jews, Sikhs, Hindus, Buddhists, Native Americans, and others. I hope and pray that we can unite in solidarity against bigotry, fighting intolerance with tolerance, division with dialogue, and fear with friendship.
Rasheed Hamdan is a Graduate Student at Georgetown University MSFS Program. Master of Science in Foreign Service Candidate, 2016. Georgetown’s Edmund Walsh School of Foreign Service. rah103@georgetown.edu
# # #