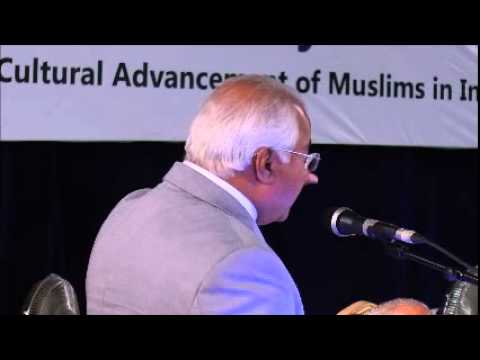 American Muslims can be proud of taking the right steps towards integration | www.AmericanMuslimInstitution.org

On Friday, November 20, 2015, the American Muslims took a bold step in their journey towards being-one with fellow Americans.
The American Muslim Institution (AMI) led the demonstrations against Terrorism and Daesh on the steps of Lincoln Memorial;  this historic location was chosen to mirror the efforts of Dr. Martin Luther King, Jr., who brought a positive change to the American civil society with his immortal, “I have a dream speech” on the very same steps.

It was indeed a symbolic event for American Muslims, and the foundation for a positive change was laid.The next event was held within hours across the White House by ADAMS Center and another one by APPNA at Dupont Circle the very next day. Now, it is gathering momentum.

The apprehensions and the conflicts Muslims feel is a result of actions and reactions feeding each other. The Media is blamed for amplifying the negative portrayal of Muslims, while our own attitudes have also contributed towards to the feeding frenzy. It is time to change the equation.
Mother Teresa had said if you want to make peace with your enemies, go talk with them. Praise the Lord, we have begun the process.  Media is not our enemy; they are merely reflecting the fears of a few, some of them have not taken the time to differentiate between religion and its followers, and have mistaken us with the Daesh, Talibans, Al-Qaeda and their ilk. It is our duty to correct these gross errors on a continual basis. God willing, we hope to conduct seminars and workshops with the media to rectify some of the false perceptions about us. Good and healthy communications can always pave the way for better understanding.
We hear, “the proof is in the pudding”, indeed it is. In the following links (four videos), listen to the tone of Sean Hannity, Stuart Varney, and Richard Ray of Fox News. They have responded to positive engagement. There is a new emerging language of understanding and support. What has not worked is disengagement; I would rather engage and fail than cause us to dig in our heels.
This week’s output;
The American Muslim Institution is formed with three specific goals – work with the media, mitigate Islamophobia and speed up the process of integration. We hope to get to the point where fellow Americans will see Muslims as their neighbors and fellow citizens, committed to fight against violent extremism and to protect the homeland. No more them against us, it will be all of us working together for a prosperous, secure and cohesive America. .

Since August 4th, we have been written up in nearly 300 media outlets, this event at Lincoln Memorial has produced nearly 60 Media reports-videos and write ups.  You can Google “American Muslim Institution.” Insha Allah, we will upload all of them including our own video and pictures on this site www.AmericanMuslimInstitution.org  within a few weeks.

An integrated society functions effectively when we are all on the same page with our uniqueness.  When we demonstrated against Terrorism and Daesh on the steps of Lincoln Memorial, it resonated with fellow Americans; both of us were against the monsters.  When we celebrate 4th of July in the biggest possible way, it will resonate with fellow Americans; both of us become fellow patriots.  When armed protesters head towards Mosques with a confused intent, we can greet them with kindness and caring hospitality, hoist American flags on our mosques grounds, serve grilled hot dogs and water, the hostility will dissipate and they will view us as fellow Americans instead of perceived hostility. We must connect with them instead alienating them. Of course, I suggest our Friday Sermons to teach us in dealing with conflicts in the most simple way.

Islamophobia? Right now 63% of Americans don’t see Muslims favorably; we can bring this number down to 32% in 3 years. If you are willing to do certain basic things. I will be happy to give a talk and present practical action plan to your group,  listing seven little and seven big things we can do to shape our future with fellow Americans. We cannot postpone this and live in misery for another decade.