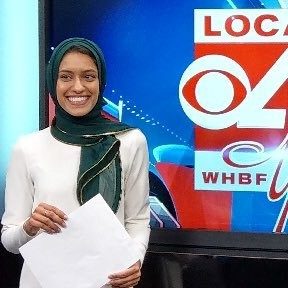 Q: How did you become interested in journalism? What first sparked your interest?

A: From a young age, I’ve always loved writing and knew I would want my eventual career to utilize this skill. I was only in 5th grade when 9/11 happened, but I still felt the full force of such a traumatic event as not only a Muslim, but as an American as well. We were becoming vilified. All of a sudden you don’t feel welcome in your own home anymore. I had roots in Illinois that had been here for decades, and then suddenly you have a police and security presence in Muslim neighborhoods and schools. It felt like the tables had turned. I saw my mom ridiculed in public a lot growing up. My vision for the future became an aim to change this perspective of the people that looked like me and shared my beliefs. This vision is what really directed me toward journalism. I wanted to change the narrative about us on that was always pushed on TV.

Q: I’m sure there are a lot of expectations that come with being labeled the ‘first full-time hijab-wearing reporter.’ How do you deal with these?

A: Well I’m still learning, it’s only been a few months since I first went live on February 8th. I have had a lot of realizations about how I have to adapt to these new circumstances though. There are a lot of new expectations I have to learn how to handle. Like I posted something on Instagram with a funny hashtag about stealing something from my mom, but then my mom texted me to remind me that I’m not just posting this for my friends anymore, and that people who didn’t know me or my mom might take the hashtag seriously. I have to remember I’m not really just posting as an individual anymore; I’m posting as a person being watched by many people in many different contexts. I’ve learned to be more cautious about how I portray myself because of things like that. Politics are also something I have to avoid on social media. I want to portray myself as an unbiased, factual reporter, so I have to be careful about posting anything with vibes of political bias.

Q: Do you feel any sort of pressure to report on Muslim issues, or just on topics in general?

A: So far, not really. Earlier on I worried about only reporting on Muslim issues and being pigeonholed into sort of being a mouthpiece for the community, but that hasn’t happened yet. The point of having diversity in the newsroom is to have different voices participating. I consider it my duty to hear those concerns and get those stories told, but the person presenting the story is irrelevant. For example, there were allegations about a public housing project, so it’s my duty to report it. However, I need all of the facts before I report the story, especially reporting as a minority. I have to walk that fine line of telling the stories accurately so my abilities as a journalist aren’t questioned. There’s definitely pressure though, some from general society, but most of it is me putting it on myself. You always have to be wary though; people are always looking to discredit you.

Q: Where do you see yourself in 10 years? Do you plan to stay in journalism?

A: I think so. You know you hope and pray you reach your goals but it’s so crazy when you reach them. You never know what doors will open, hopefully moving up in this field. I’ll leave any sort of news open; local, national, international, anything. I would love to reach a larger audience. I’m just trying to live in the now, we’ll see what opportunities open up in the future.

Q: How do you balance being a Muslim woman in the current media landscape?

A: It hasn’t been a problem. Muslims have been vilified in the media for so long that I there has been a distrust created between them. I also think people make this out to be a lot worse than it is. As a journalist, there hasn’t been any animosity in the newsroom, mostly just things people don’t know. Even back when I was a producer, people didn’t know a lot about Muslims. It’s a two way street though, you have to educate them and increase communication between them. I think if more children went into journalism we could go a lot further in society as an American Muslim community. It was a big leap for them to put me on air with the headscarf, but since then I have not had a single negative interaction on the newsroom or field about it, which is a huge sign of progress. I do get recognized, and people say they appreciate what me and the channel are doing all the time. 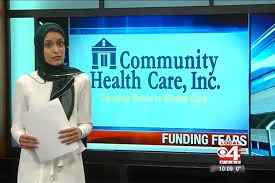 Q: How we could potentially encourage the next generation of young people in journalism and media? What kind of things can we do specifically to bridge the gap between media and Muslims?

A: Increase communication: being transparent about everything. Open up Masjids to neighbors and press. Draft a press release for anything and everything. Don’t get discouraged if media doesn’t show up. Info on events, that’s key. Everyone has a talent; Allah has given you something you’re good at. Even if it’s not medicine or engineering, that’s what they are pressured to go into. For parents, let your child explore their passions. As long as they’re halal, there’s nothing wrong with it. Yes you want your child to be steady, but maybe there’s a greater cause here that we need to be paying attention to. Have to find other ways to reach out. I was lucky enough to have one parent from the beginning who was a big ally, pushed me forward. We need give and take on both sides.

Q: What piece of advice would you give to aspiring journalists, especially young women of color?

A: It’s hard to say without any clichés. If you are doing this for the right reasons, not in it for the fame or money, if you believe in it and really want to do it, then you can’t give up. It’s going to be nitty-gritty; it’s going to feel very non-glamorous, like a small path. You are moving forward even when you think you aren’t. Putting in the work in the day, praying at night. Put in the work.

Q: Are there any interesting stories you’re covering right now?

A: Mostly local stuff in the Chicago area. I’m kind of based here but get to travel a lot as a national correspondent, so I kind of get the best of both worlds; both local and national stories. Things like natural disasters or world events. It’s cool be able to both be at home and travel, meet new places, and see new things all the time because of this job. 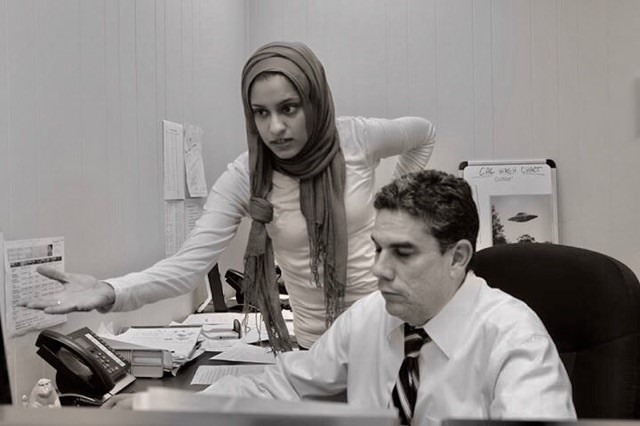