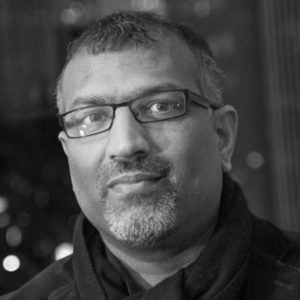 Shahed is co-founder and CTO of Affinis Labs, an award-winning social innovation firm that helps clients creatively tackle complex global challenges through entrepreneurship. Through Affinis Labs, he incubates startups for global markets and develops platforms to foster entrepreneurship in developing countries. Shahed has briefed President Barack Obama several times on the work of Affinis Labs and efforts to bring together American and global Muslim communities.

in 2013, Shahed co-founded LaunchPosse, a DC-based startup based at Affinis Labs that helps people leverage their social networks to shape and launch ideas for entrepreneurship. Prior to starting LaunchPosse, Shahed served as Senior Advisor for Technology at the US Department of State in the bureaus of Secretaries of State John Kerry and Hillary Clinton. He has served on Virginia Governor Terry McAuliffe’s Council on Youth Entrepreneurship and is a 2016 Truman National Security Fellow.

Shahed is also the founder of Halalfire, a producer of content and market research for global Muslim communities. He created Altmuslim, an online magazine with 2.5MM annual unique users, and served as its editor-in-chief for 10 years before its 2011 acquisition by Patheos. In 1998, he created Zabihah, the world’s first Halal restaurant guide, with 10MM annual users and 750,000 mobile app downloads. Shahed was also co-founder and CEO of Relatia, a venture-backed mobile software company acquired in 2001.

Shahed has written and/or been featured in multiple media pieces about technology, foreign policy, and media trends. He has been named three times (2009, 2010, and 2011) as one of the 500 most influential Muslims in the world, one of the 500 most prominent figures in the global Islamic economy (2015, 2016, 2017), and one of the top 10 most visionary young Muslims by Islamica Magazine (2007). Shahed has a BS from UC Berkeley (where he served as Student Body Vice-President) and an MBA from Georgetown.